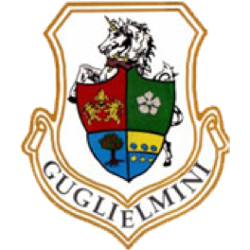 Clean energy without any impact on the environment

Guglielmini Wines Farm and Winery adopts a policy of zero impact on the environment with the use of solar energy throughout its production line.

The roof of the winery is in fact surmounted by photovoltaic panels that allow the constant production of clean energy that can power the entire production process.

“The energy obtainable through the photovoltaic process is an energy available to everyone, everywhere, just waiting to be used. It does not require complex, noisy machines, it does not put substances in the air, it’s an investment for our future on the planet.”

How does a solar PV system work

The sunlight, exploiting the photovoltaic effect, can bedirectly converted into electricity.

The solar radiation that hits the photovoltaic cells is partly absorbed by the semiconductor material they are made of. The energy absorbed in the semiconductor acts on the free electrons making them flow and therefore producing a direct current. The latter, together with the cell voltage, defines the power that the cell is able to produce. The current produced is converted from continuous to alternating, measured and fed into the grid after being adjusted in voltage and current.

It is possible to constantly and in real time monitor the level of clean energy produced by the Azienda Agricola Guglielmini, as well as the quantity of Co2 emitted; an environmental and environmental philosophy that certainly has a direct effect on the wine produced by it and its genuineness.